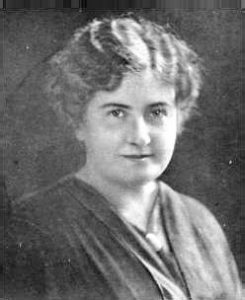 When you enter the Montessori school the first thing that strikes you as a parent is the secure and harmonious environment. It’s this environment that is key to developing the children’s sense of well-being. Montessori schools have no ethnic or religious boundaries. They are multi denominational, recognising that the education of our children is fundamental and should be accessible to all.

“…I did not invent a method of Education, I simply gave some little children a chance to live.”

Dr Maria Montessori believed that no human being is educated by another person. He must do it himself or it will never be done. She felt, therefore, that the goal of early childhood education should not be to fill the child with facts from pre-selected course studies, but rather to cultivate his own natural desire to learn.

The Montessori approach to education encompasses some unique ideas relating to the child. Children do not learn the way adults do. Unconscious growth and absorption comes first, followed by conscious knowledge, creativity and imagination and then the knowledge of the universe. One of the unique and important aspects of Montessori’s philosophy explains the concept of “sensitive periods”. Children pass through definite periods in which they reveal psychic aptitudes and possibilities which afterwards disappear. That is why, at particular epochs of their lives, they reveal an intense and extraordinary interest in certain objects and exercises, which one may look for in vain at a later age. During such a period the child is endowed with a special sensibility which urges him to focus his attention on certain aspects of the environment to the exclusion of others. Such attention is not the result of mere curiosity; it is more like a burning passion. The Montessori classroom takes advantage of this fact by allowing the child freedom to select individual activities which correspond to his own periods of interest.

The use of materials is based on the child’s unique aptitude for learning that Dr Montessori identified as the “absorbent mind”. In her writings she frequently compared the young mind to a sponge. It literally absorbs information from the environment. Acquiring information in this way is a natural and delightful activity for the young who employs all his senses to investigate his interesting surroundings. Dr Montessori also emphasised that the hand is the chief teacher of the child. In order to learn there must be concentration. All the equipment in the Montessori classroom allows the child to reinforce his casual impressions by inviting him to use his hands for learning.

Dr Montessori never equated goodness with silence and immobility. Learning is seen as a part of life itself beginning from the beginning of life itself. The child is encouraged to ask “Why?” and “To what end?”, by viewing learning as a whole, thus adding a sense of meaning and purpose. Maria Montessori‘s theory of cosmic tasks and her vision of the ecology of the universe as a framework of knowledge, provide an approach that stimulates the child to appreciate the concept that the world is so full of information, that it is no longer possible to master all the knowledge, so it is necessary to explore that information intelligently.

There is a need to learn how to ask questions so information can be grouped together. A sense of the future is essential as it now moves towards us more quickly than ever before. Provision needs to be made for constant values in a world of change. A sense of responsibility to our earth is essential at a time when it is endangered. Learning revolves around these aspects of the cosmic approach.

“The secret of good teaching is to regard the child’s intelligence as a fertile field in which seeds may be sown, to grow under the heat of flaming imagination. Our aim is not only to make the child understand, and still less to force him to memorise, but so to touch his imagination as to enthuse him to his innermost core. We do not want complacent pupils, but eager ones. We seek to sow life in the child rather than theories, to help him in his growth, mental and emotional as well as physical, and for that we must offer grand and lofty ideas to the human mind.”

To help the child’s mental, emotional and physical growth, a diverse magnitude of ideas should be offered as a stimulation to the mind. What is necessary is that even from the earliest years the child is placed in touch with humanity. Education should give an appreciation for all that has been done by human cooperation; and a readiness to shed prejudices in the interests of common work for the cosmic approach. Knowledge is not seen as individual subject areas, but a totality, relating to the whole of existence. All subjects are considered as interconnected intricately.

Montessori is about understanding, caring about and respecting each other. It helps develop happy, confident, independent human beings who have an appreciation and interest in their environment and a love for the world they live in and the people sharing it. It is an educational approach for peace.

“The teacher’s task is no small or easy one! She has to prepare a huge amount of knowledge to satisfy the child’s mental hunger, and she is not, like the ordinary teacher, limited by a syllabus. The needs of the child are clearly more difficult to answer.”

The teacher is a guide, allowing experimentation, discovery and analysis without adult intervention. A Montessori teacher appears passive and provides the child with assistance and guidance. The teacher has faith in the child’s inner powers of construction and provides the child with opportunities that are vital to them, while at the same time watching the spontaneous interests and allowing the child to pursue them.

Free choice is a major principle, where the child is allowed to select the task they wish to accomplish, and therefore will be totally involved and amazingly in a state of concentration. As the children learn what is of interest to them at a particular stage they are willing and thus there is little need for discipline. If a child learns what the teacher expects them to learn there is not the same inner motivation. The teacher prepares an appropriate environment and watches for signs from the children and reacts accordingly.

Montessori materials have a self-correcting element.

To cater for the needs of the 6 – 12 year old who has become physically strong and has developed his/her powers of imagination to a point where the walls of a classroom are too confining to fully allow for his/her development, an important aspect of Montessori education is taking the 6 – 12 year old out into the environment, for the first hand experience wherever possible. Therefore, excursions are considered an important and integral part of the child’s education.

One would like to know in a few clear words what this Montessori Method really is …If we were to eliminate not only the name “Method”, but also its common conception, things would become much clearer…for the word “method”, we should substitute something like this: … means offered to deliver the human personality from the oppression of age-old prejudices regarding education.

Where to Find Us